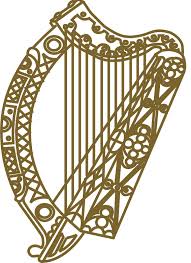 The Companies (Accounting) Act, 2017 was signed into law by the President on Wednesday 17 May 2017 as No 9 of 2017, but as of today Tuesday 23 May 2017, is not yet published as an Act on the Irish Statute Book website – operated by the Attorney General at http://www.irishstatutebook.ie/eli/acts.html. During the Dáil debates on the Bill it was mentioned that the commencement of certain sections of the legislation would be back-dated to periods commencing 1 January 2016 and 1 January 2015 in some cases.

Periods commencing 1 January 2015 is of little use to companies at this stage as most, if not all, have filed their financial statements for the year ended 31 December 2015. Hopefully it will be back-dated at least to 1 January 2016 to allow companies that qualify avail of the new audit exemption and ‘small’ company thresholds as well as the new Micro Entities regime (essentially operated by the use of the FRS 105 accounting standard).

Care is needed when availing of the Micro Entities regime as it cannot be used by:

Additional care is also required as financial statements prepared under FRS 105 are deemed to give a true and fair view. Therefore, adding any additional notes beyond what’s required in the standard may be a risky approach and could jeopardise the true and fair concept.

In recommending FRS 105 to clients, accountants should caution them that while directors’ salaries no longer need disclosed under the Micro Entities regime, the financial statements need few notes (except in certain limited circumstances)! It may take some convincing for third parties like lending institutions and suppliers, upon which the business depends for credit, that FRS 105 is a credible regime, if one is looking for credit.

FRS 102 (Section 1A) may be a more suitable standard to apply for ‘small’ entities as it comes with a ready-made suite of notes and accounting policies that explain the financial statements better and most critically of all, add significant credibility to the accounts.

Other courses are available at Ticket Tailor here