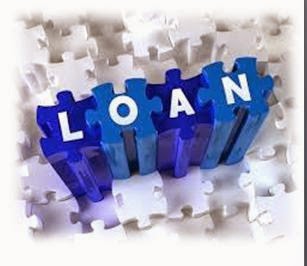 Groups, stand alone companies and company directors may have, in the past, relied on informal arrangements and verbal agreements. They may now wish, as a result of the rule changes in FRS 102, to introduce more formal documentation to ensure their intentions are reflected in the contractual terms and in the accounting, so as to reduce any unintended consequences of these loans.

This latest blog in our series on the new accounting standard FRS102 considers the impact of its rules on an area that will impact most SMEs, namely, the accounting treatment for intercompany and directors’ loans.

This standard will impactnearly all privateentitiesinonewayoranother, fom 1 January 2015 and this particular topic of inter-company and directors’ loans will prove to be one of the most tortuous to explain to clients.

It is quite common for groups to manage their finances by setting up loans between parent and subsidiaries, or directly between subsidiaries. Many private companies in Ireland are owner-managed and long term loans between many company directors and their companies are very common.

These arrangements are mainly for commercial reasons and often allow cash to be used where it is most needed and may well be cheaper than using external finance, especially if the entity receiving the loan is perceived as risky so that the rate it could borrow at externally would normally be higher.

Often, though, the loans are not on any documented commercial terms. Perhaps they bear a low interest rate or more often no specified interest rate and no set repayment terms. This lack of formality in their repayment arrangements and these non-commercial aspects of intra group and directors’ loans can have ‘interesting‘ accounting consequences under trong>FRS102.

Inter company loans, like all financial assets and liabilities, are within the scope of either Section 11 (‘Basic Financial Instruments’) or section 12 (‘Other Financial Instruments Issues’) of FRS 102. Most are likely to be in Section 11, being debt instruments .Most loans to and from subsidiaries that are repayable on demand are explicitly listed in section 11 as likely to fall within its scope.

These basic instruments are initially measured at ‘the present value of the future payments discounted at a market rate of interest for a similar debt instrument’. After this initial recognition they are measured at amortised cost using the effective interest method, which means an interest charge is recognised systematically over the life of the loan, giving a constant rate of return.

When a company adopts FRS102 for the first time, it must assess all of its accounting policies and ensure that the assets and liabilities on its transition date balance sheet (i.e. in most cases 1 January 2014) are measured in accordance with the standard (except where there are specific exemptions). The amortised cost method will, in most cases, cause interest charges/income to be recognised in spite of the absence of cashflows.

Where zero-coupon loans have previously been held, unadjusted, at their face value, the balances will need to be revisited to re-present them using the amortised cost rules in FRS102.

Let’s take the example of Director A, a director of a Company B, a private company, which adopts FRS 102 in its December 2015 accounts and, therefore, has a 1 January 2014 transition date.

Let’s assume that at the beginning of 2012, B took a €100,000 interest free loan from A, its director, with a five-year fixed term. Assuming it can determine that a market rate of interest at the time would have been 12%. It goes back to the inception date in 2012 to establish what the accounting would have been from the outset. The revised presentation of the loan in the accounts under FRS 102 would be as follows:

The 2013 closing value of €71,178 will be used as the carrying value of the liability in the transition date balance sheet at 1 January 2014, and the accounting continues from there.

FRS 102 is silent about the treatment of the difference of €28,822, According to the book ‘Manual of Accounting – New UK GAAP’ published by PwC in November 2013, (page 11014) states: “…in practice Director A would simply recognise the additional amount as part of the cost of investment in entity B…” Similarly B would recognise the loan liability at €71,718 and record the difference of €28,822 in equity as a capital contribution from the Director.

These numbers would of course, need re-adjustment as the discounted loan unwinds coming closer to maturity.

Few clients will find these accounting rule changes understandable or worthwhile. One response that is likely to be seen in practice is to ensure that there is documentation of all intercompany and director loans to include a term stating that they are ‘repayable on demand’, since section 12 of FRS 102 makes it clear that the fair value of an amount repayable on demand is not less than its face value.

Choosing to include this term, though, does mean that the receiving entity (‘B’ in this example) must show the whole loan amount as a current liability, which could damage the appearance of its balance sheet and thus hamper its ability to raise external finance in the future.

If a loan does not specify any terms, the default would normally be to assume it is repayable on demand, since the borrower has no enforceable right to avoid repaying the money.

Groups and company directors that have in the past relied on informal arrangements and verbal agreements may wish, then, to introduce more formal documentation to ensure their intentions are reflected in the contractual terms and in the accounting, and to help avoid any unintended negative consequences of these loan arrangements.

Meet John at the Relate Software Seminars taking place in Dublin, Galway and Cork on 2, 3 and 4 December respectively to hear more about this topic. Bookings with Relate at http://relatesoftware.selltickets365.com/

Some FRS 102 courses are taking place in Dublin on 15 and 17 December 2014, presented by John McCarthy, using journal entries to show how to prepare the first transition adjustments and the first set of FRS 102 financial statements.

This comprehensive FRS 102 Transition Checklist pdf publication will be available shortly for €50/ £40 + VAT . It will help users flag and address the issues that will arise on transition to the new accounting standard, which is effective for accounting periods commencing 1 January 2015 and will require the comparatives aligned with FRS 102 from the transition date which for December year ends is 1 January 2014. Watch for our upcoming blog announcing this publication.