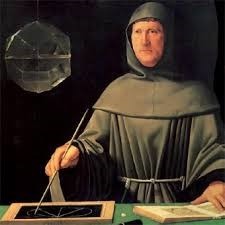 Things were a lot simpler five hundred years ago in 1515 and that’s an understatement. Luca Pacioli, generally recognised as the father of modern accounting, had two years left to live and accounting for bad debts was much less complex then than under the new FRS 102.

For accounting periods commencing on or after 1 January 2015, the accounting rules have changed for measuring and recognising bad debts. Under old Irish/UK GAAP bad debts were dealt with under the rules for provisions in FRS 12. Provisions in FRS 102 are covered by Section 27 ‘Impairment of Assets’ but the scope section specifically excludes ‘financial assets within the scope of Section 11 Basic Financial Instruments or Section 12 Other Financial Instruments Issues’.

As regards specific bad debt provisions the concept under new GAAP is that a bad debt is seen as an impairment of an asset while under the old rules it was regarded as a provision in case a debt goes bad. It is not acceptable under FRS 102 to make a general bad debt provision.

Because the comparatives for 2014 will also need to change, (and they will have been prepared under old GAAP) there will be a potential impact on the figures already calculated and a knock-on effect on the amount that is tax deductible. The Revenue Commissioners have introduced a five year spreading mechanism in Section 42 FA 2014 which amends Schedule 17A TCA 1997 for these and similar types of difference.

The comments here are based on the Financial Reporting Council (FRC) Staff Education Note 3 (there are 16 SENs issued to date and all are well worth reading).

There is a general requirement in Irish/UK company law that current assets must not be stated at more than their net realisable value. For those entities not applying FRS 26, there is little detail in current UK accounting standards on impairment of current financial assets (as opposed to fixed assets and goodwill, which are covered by FRS 11 Impairment of Fixed Assets and Goodwill). The route to justifying the quantum of bad debt provisions in the future is more complex.

The requirements in Section 11 of FRS 102 for impairment of financial assets make it clear that to record a write down (which a provision, in effect, is), there needs to be objective evidence, for an asset or group of assets, that there is an impairment. It would be wise to document that objective evidence, especially if your financial statements are subject to audit.

The standard gives a (non-exhaustive) hierarchy in paragraphs 11.22 and 11.23 of examples of objective evidence, which includes adverse changes in industry conditions. A blanket percentage (or general provision) applied to the whole sales ledger, while prudent, can no longer be justified in terms of the language in FRS 102.

As SEN 3 states ‘it may not be sufficient to only use days past due to calculate bad debt provisions (i.e. impairment losses on trade debtors). It is likely that the debtors will need to be stratified by more than just days past due, in order to reflect other credit risk characteristics, and the formula needs to reflect actual experience of delinquency, which is expected to continue. Such formulae would need to be kept under active review, and reflect changes in credit risk characteristics, such as a change in the customer base, not just historical loss experience.’

The bottom line is to retain certain documented experience of bad debts e.g. debts that age past 120 days which may often not be settled, so that a provision could be put in place for some or all of those balances.